Tom Antion is an Internet multi-millionaire and has been for over 20 years.

Tom started selling online right at the beginning of the commercial Internet around 1994.

He attributes his massive online success to two major things:

1. the ability to make a webpage with no delay and no cost (see below for a course on this), and
2. the ability to write the words that get people to take their wallet out of their pockets and give him money.

#2 is what this course is all about.

Check out his “Day in the life” video below where you’ll see that he’s messy, overweight and a little eccentric, but you can be sure he’s gotten the job done for himself and his students for many years.

Tom Antion is an internationally acclaimed expert in Internet Marketing for small business. He is a full-time professional speaker who has been featured on major news media worldwide including the Canadian Broadcast Network, The Australian Broadcast Network, Associated Press, The Tokyo Today Show and hundreds of radio, television and print outlets across the United States. 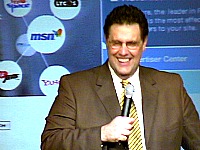 Tom always has a blast onstage where he has spoken over 3000 times for money in 12 countries.

Tom has a very simple “Three Prong Attack” on Internet marketing, which is extremely simple and easy to understand. Tom is no “techie” . All he cares about is where to click to make money and he teaches his students the exact techniques he uses to pull in $75,000.00 to $220,000.00 in a month from his home office. These consistent high profit / low overhead Internet sales have made Tom an Internet Multi-Millionaire in a very short period of time.

Since Tom consistently makes large sums of money while sitting in front of his computer this gave him the idea for his infamous “Butt Camp” Seminars where you learn to make more money sitting on your “rear” than going out and working for a living.

Tom has the largest Internet magazine in his industry with over 100,000 subscribers in 80 countries.

The Best Selling Longest Running Professional Speaker Training ever on the Internet.

He is also the owner of the only facility of its kind in the world, “The Great Internet Marketing Retreat Center”http://www.GreatInternetMarketing.com/retreatcenter.htm where as part of his year long mentor program you live and work with Tom for 4 days learning the fine points of pulling in big bucks on the Internet.”

And one more BIG thing. Tom is the founder of another “only facility of its kind in the world” The Internet Marketing Training Center of Virginia”http://www.IMTCVA.org It’s the only independent, licensed Internet marketing training school in the country.

Currently Tom has taken on the role of consumer advocate where he has a Television show and Documentary in development to try to clean up the seminar industry where sociopathic seminar speakers are robbing people for enormous amounts of money. http://www.SeminarScammers.com Also White wing Entertainment out of Hollywood is in production of a documentary about Tom’s life called “The American Entrepreneur”. See the trailer at https://www.facebook.com/AmericanEntrepreneurFilm 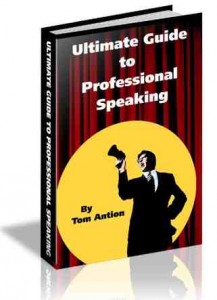 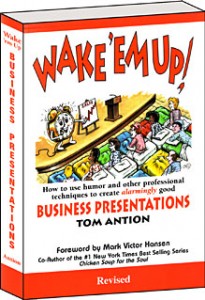